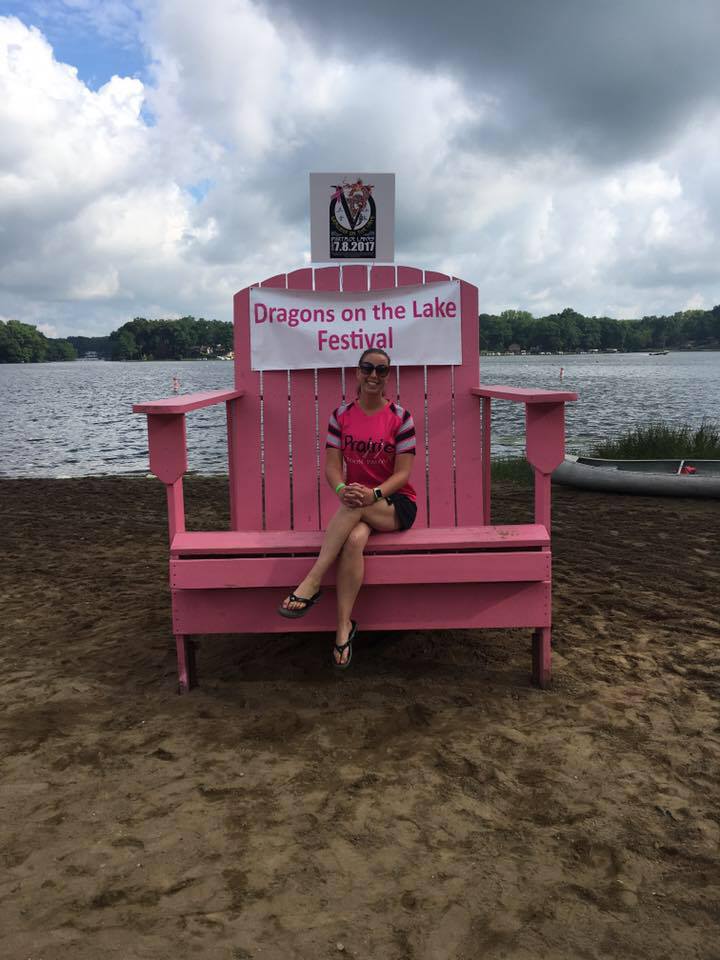 Yes to life- survivor and thriver

Sometimes life changes in an instant.

Allison Gilbert had just turned 30 years old. She was watching television with her husband, Christopher Gilbert, who everyone just calls, “Gilbert.”

“He’s the best. He’s a principal at Bottonfield School in Champaign,” she said.

Anyway, they were enjoying some time-off together and relaxing.

“I had an itch on my breast,” Allison said. “I could feel this hard, marble-like lump.”

She knew she had better get in to see her doctor right away.

Early is the key

“The number one way is screening. If we can catch it early enough, there is an increased chance of survival,” Bhatt said. “Self-examination is important- the monthly examination in the shower is really good-but still most cancers cannot be felt, so a yearly mammogram is of the utmost importance.”

“Density means “more,” so there is more tissue within the breast. I can’t say it enough: early detection is the key. Let’s find it, and let’s find it early. If you can catch it when it’s tiny, you have a significant chance of survival,” Bhatt said.

“I could tell that my doctor had a weird look on his face when examined me,” Allison said.

The waiting for answers seemed like forever. Finally, she found out she did, indeed, have breast cancer.

“He said, “You have invasive ductal carcinoma.” My friend Cristy was with me. She started crying. I didn’t cry. I told her to stop. Then, I told my boss, Jana Perry, and she started crying. I told her to stop. I called my mom and she was practically in her car from Ohio-where I’m from originally-to get here to me. Gilbert and I, however, we didn’t cry. We knew we had to get ready and be strong. We looked at each other and wondered how we beat this,” Allison said.

This was not supposed to happen

“I was healthy. I was vegan, and I had just run a marathon. I didn’t smoke. I wasn’t overweight. I didn’t drink. I am from a huge Catholic farm-family with absolutely no history of cancer whatsoever. This just didn’t make sense. But, here I was with triple positive, stage 2B breast cancer. But, there it was, right by my nipple, and it had grown by almost two centimeters by the time I had treatment,” she said.

And she had a smaller cancer in her other breast, as well. A double mastectomy was in order for Allison.

“My first surgery, they cut off the girls. Then, the next surgery they put in the port, which really hurt. But, that first surgery was when I became cancer free when the girls came off,” she said.

She had a total of four surgeries and 16 months of treatment. She endured seven hours of chemo each week. She had a cocktail that consisted of the cancer-treatment drugs along with steroids.

“I can’t say enough good things about Mills Breast Cancer Institute. From the person who checks you in, to the Medicare billing staff, the data analysts, and the nurses and doctors. They are so very kind. I was there every Friday. The steroids made me feel like Wonder Woman on Saturday. By Sunday I was very tired,” she said.

She opted for reconstruction, and she had expanders in place for a year to make way for her new breasts. She had to take hormonal treatments of Tamoxifen and Frimidex to keep the cancer from reoccurring. She gained 30 pounds. She felt terrible.

“Dr. Roland, my oncologist, he is so knowledgeable and so intelligent. He recognized that the hormonal treatment was wearing on me. So, in March of 2015 he said I was done with that. By December of 2015 I was completely done with everything,” she said.

“People supported me throughout the treatments and surgeries. I got cards every day, food from everyone and a lot of support. But, then it was just over. I was expected to be normal. Nobody is ever normal after this, and you will never be like you were pre-cancer,” she said.

Then, one day, she heard about the Prairie Dragon Paddlers, a group of breast cancer survivors that compete in dragon boat racing across the country. According to Dr. Kelly Bradham, one of the creators of the PDPs, they’re not only a group of survivors, but they are also, “thrivers.”

Allison gave the group a try in the spring of 2015.

“It changed my life. The women were so accepting. When I started to paddle, I got my range in motion back. There is no judgment with this group. Just acceptance. There’s a plethora of survivors on the team. All of these women have decided to pick life, to move on and to move forward,” Allison said.

“Cancer has made me a more positive person. I just don’t obsess over everything anymore. I learned I can’t control everything. This whole experience has made me enjoy life more. Why stress about the little things? I have decided to go with the flow. And I was always a “yes-person.” Now, if I don’t want to do it, I just say, “no.” I have to take care of me,” she said.

David and Alyson Stephenson fell in love with their open-concept ranch home. 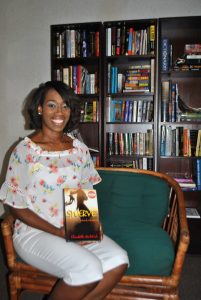