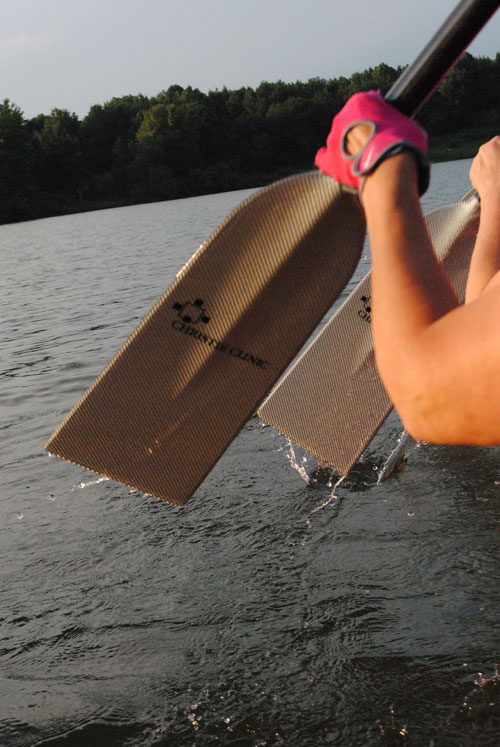 The Prairie Dragon Paddlers are a group of breast cancer survivor.

Go figure that a group of breast cancer survivors would rather be racing than sitting around commiserating about their lives. If you’re conjuring up images of Wonder Woman or the women of the Amazon, then you are not too far off.

The Prairie Dragon Paddlers are a unique group of survivors. Yes, they have been afflicted by a disease that could end their lives, but they have made the choice to pull together and support each other. They’re thriving.

Are they a support group? Well, yes, they are. They provide wellness, inspire hope, well-being and community, just like any other support group. However, they are more than that. These survivors, these wellness-seekers, and lovers of life are also intense athletes. So, they meet two times a week at Homer Lake to practice, to support each other, to have fun, and to get well. These survivors compete in the sport of dragon boat racing.

A dragon boat is a watercraft that is powered solely by human strength. Dragon boat racing started some 2,500 years ago in ancient China. There are many myths surrounding the dragon boat and the races surrounding them, but one common theme seems to permeate the lore: dragons represent strength and vitality, and the races represent the perseverance of people.
Strength and vitality? Perseverance? This sounds like the Prairie Dragon Paddlers to a “T.”

Now races take place all over the world, by all kinds of groups. The original boats were once made of teakwood, but now boats are comprised of carbon fibers or other lightweight materials. The crew is made up of 20 paddlers, 10 on each side who partner-up; a drummer, or caller, who leads the paddlers at the front of the boat, and is considered the heartbeat of the boat; and the steer, sometimes called a “sweep,” who steers the boat with a huge oar rigged at the rear of the boat. Races vary in length from 250 meters to 2,000 meters. The speed of the boat is determined by the efficient timing of the team. A typical boat is about 48 feet in length and can travel over 10-13 feet per second in the water with the team’s stroke rate averaging 70-80 strokes per minute. The Prairie Dragon Paddlers have a pink boat, aptly named “Hope,” complete with a dragon head that is ready for speed.

How dragon boat racing came to the prairies of Central Illinois is a story in and of itself. Kelly Bradham was diagnosed with stage 2 breast cancer. After a lumpectomy, chemotherapy and radiation, she was ready to rebuild her body. She and her husband took a much needed camping trek to Canada. While there, she checked out a dragon boat festival in Victoria, British Columbia.
It more than tweaked her interest.

“The Pink Phoenix, a breast cancer survivor dragon boating team, escorted me around the festival,” Bradham said of the first American breast cancer dragon boat team.
She felt an immediate and deep connection with those survivors. It inspired her. She wanted to bring this dynamic activity to the prairie. She wanted to bring it home.
“I wanted to help turn survivors into thrivers,” she said.

In 1996, University of British Columbia kinesiology professor and sports medicine specialist, Donald McKenzie, started a dragon paddling group and project, called “Abreast in a boat,” in order to research the benefits of paddling on survivors and whether it would exacerbate lymphedema. Lymphedema, an affliction of survivors when they have lymph nodes surgically removed, was believed to get worse with exercise. McKenzie’s study and research proved this was not only false, but the activity helped survivors grow stronger.

So, with the knowledge that this activity would actually hasten good health and healing, Bradham set her own oars in the waters of breast cancer healing, and paddled her way to getting members for the Prairie Dragon Paddlers on board and set afloat.

The Prairie Dragon Paddlers launched last summer 2015 when a group of volunteers, led by Linda Collinsworth, held a film screening of the award-winning documentary of “Awaken the Dragon.” Bradham, now president of the organization, said after the film she presented information on forming a local team. They were on their way.

With the help of the Indy Survive Oars, another seasoned dragon boating team of breast cancer survivors, they acquired a used boat and were able to paddle with them. The Indianapolis group was witness to the Prairie Dragon Paddlers maiden voyage.

“We want to represent unity, growth, and strength! The boat is about 43 feet long and weighs around 900 pounds. She’s our “Hope,”” Bradham said.

“We just keep growing,” Debi Bliss, rowing partner of Bradham’s and one of the founding members, vice-president and boat chair, said.

The group recently raced in Chicago and Kentucky. They did well for neophytes, too. According to coaches Rebecca McBride and Susan Bonner, they met their goal of under three minutes in a 500 meter race with a time of 2:48 at the Chicago race.

“Our average stroke rate was slower than the boat next to us, but we were ahead of them, so that meant we had more power than they did,” McBride said.

McBride said she is really happy with the Prairie Dragon Paddlers success thus far. Bradham said as long as they are paddling, they are thriving. 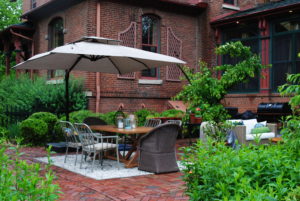 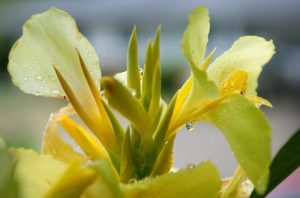 A trip to New Orleans inspired the design of Sandy and Rex Bradfield's garden.