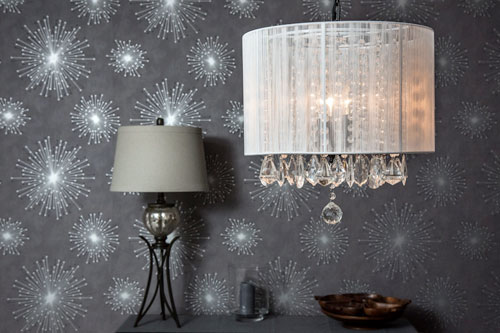 “I found this house,” she said about her remodeled Urbana ranch. “I told the owner that I would like to see other portions of the home.”

Well, Kramer loved the rest of the house. Then, she bought it. She knew it had potential and was excited to get moved in and start making it her own.

So, she contacted Donica Flint, an interior designer with Custom Flooring and Interiors in Champaign. Kramer, her wife Lisa Watkins and Flint started strategizing. They had a meeting of three talented minds.

Flint is known for her remodeling expertise. She is also a champion at using existing materials and upcycling, recycling and reusing, something that is very good for the homeowner for two reasons: it saves them money and it decreases their carbon footprint. And because Flint works through Custom Flooring and Interiors, she had access to high-quality materials.

They came up with a plan to work on the hub of the Urbana ranch. Actually they had to create the hub from two existing rooms.

“Well, we wanted to create a kitchen-combination-great-room-hub,” Kramer said.

Flint said that they would need to take down a wall that separated the kitchen and the family room. Looking at the hub now, it’s really hard to visualize that it was not open at one point. The flow is natural and continuous. Plus, it has a friendly and relaxing vibe to it.

“They had all this dated wallpaper,” Flint said.

The print was just too busy. It would need to be removed to get a cleaner look.

“There were a lot of blues from the country decor era,” Flint said.

There needed to be some updating. The house was stuck in the 1980s, and it didn’t reflect the couple’s style and taste. Ironically, though, that was mostly the kitchen and family room. The rest of the house would need updating in the form of simple things like a fresh coat of paint, or other updates that Kramer and Watkins did themselves.

Flint said that she and Kramer agreed on a strategy.

“We were totally in sync with the colors,” Flint said, adding that she thought that was pretty amazing.

The group worked well together. They upcycled and reused a lot of items from before. For example, Kramer’s dad was an attorney, and she kept a cherished piece of furniture from his office when it closed and added it to her own home office. It brings newness to the old and keeps him with her as she works.

“I was here every step of the way,” Flint said of the remodel.

There was a nice surprise that came out of the remodeling, too.

“I didn’t realize the house was handicapped-accessible, with bigger entryways,” Kramer said. “The lady that lived here before had accommodated for that.”

That is especially important to Kramer, as she is Carle’s chief risk and corporate integrity officer.

Flint said that in any remodeling situation it is imperative to have realistic expectations.

“Give the project the time it needs,” she said.

The new remodel was timely, too, in more ways than one. Kramer and her wife have recently taken on a new adventure. They are fostering a child. He now shares the house with his two moms and their dogs Tilly, Reese, Roe and Gracie. The newborn was spending his first day with the family when At Home in Central Illinois visited. He seemed totally at home right from the start.

Discover the best of what Central Illinois has to offer. Sign up now and get 2 full years for only $18.95. Click on the link: http://www.news-gazette.com/store/news-gazette-subscriptions/purchase-two-year-subscription-home-magazine.html 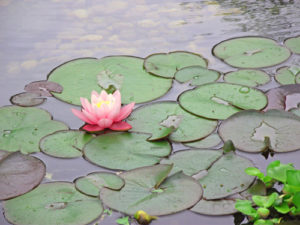 When Chris Sturdyvin does something, he dives right in and he is in deep. 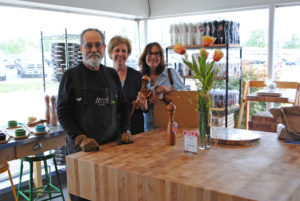