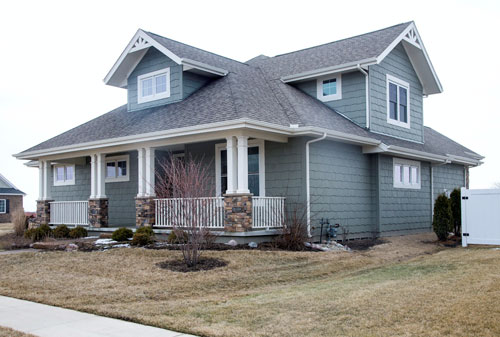 Dan and Gay King Crede love the bungalow-style exterior of their home, the openness of the first floor and the view of the countryside from their back patio.

But they also love aspects of the home that aren’t visible – the well-insulated walls, the geothermal system for heating and cooling, and the water collection system beneath the back patio.
The home in the Myra Ridge subdivision in Urbana was built in 2011 by the Home Builders Association of East Central Illinois to showcase various green building features. Dan learned about the home, drove by the house, then told Gay she needed to see it.

He was interested in a home that was environmentally friendly – and not just for the energy savings. It was important to him and Gay to have a home that was built and operated so that it didn’t affect the environment in a negative way.

A unique feature of the home is its double walls on the exterior with a fully insulated space between them.

“This winter when it was just howling, you couldn’t feel any air coming through (the walls),” Gay said.

The home has a geothermal heating and cooling system, which maintains a constant temperature throughout the house. The couple moved from a home in Champaign that had about half the square footage of this 2,600-square-foot home. But their current power bills are lower than in their previous home, Dan said.

The windows have a high rating for their insulating properties. The home features energy-efficient appliances, and low-flow toilets and showers. The paint used on the walls is low in volatile organic compounds, or pollutants emitted as gases from paint, furnishings and building materials.

The home’s siding is made from byproducts of other manufactured products, reused to build the siding, said Kirk Skelton, project manager for The Atkins Group who served as the construction supervisor for the green build home.

The countertops in the kitchen, bath and laundry are ECO by Consentino, made from 75 percent recycled glass, porcelain and other materials. The carpeting on the stairs was made using some recycled fibers.

The lighting can be put on an economy setting, to reduce its energy use, and several rooms have a system that shuts off lights automatically if no activity is detected in the room for a certain period.
Outside, the brick driveway and front walk allow rainwater to soak into the ground rather than running off directly into the street and the storm sewer. Below the driveway are several feet of gravel and then larger rock, to help the water drain into the ground.

In back of the house, a 500-gallon pool built beneath the back patio collects rainwater falling on the brick patio as well as coming from the downspout. A hose can be connected to the system to use the water for plants in the yard.

A rain barrel on the west side of the house also collects water. And, Dan said, the landscaping is designed to channel water so that it flows into a rain garden at one corner of the home.
“That can take an incredible amount of water,” Dan said of the rain garden. “It really takes a lot of rain for it to get out into the sewer drain.”

The yard includes a greenhouse, where the couple starts the plants they’ll later transplant into their garden, and a compost pile.

The garage is also well-insulated. And one feature Dan particularly likes is the taller-than-average garage door, which allows him to pull his car in and out of the garage with a kayak on a rack on the car roof. The garage also has an outlet to charge an electric car.

Even the home’s construction waste was separated and taken to the recycling center.

The home is the result of the efforts of many builders who are members of the Home Builders Association of East Central Illinois. Some of the labor and materials for the project were donated, which kept the cost of the house down, said Mike Martin, director of residential development for The Atkins Group and past president of the homebuilders group.

“It was an educational process for the Home Builders Association as well as the community,” Martin said.

He noted that a home with energy-efficient features can cost more to build but will result in savings in the long run due to decreased energy costs.

Dan said he was surprised and pleased to find so many environmentally friendly features in one house.

Both he and Gay are also pleased with the roominess of the house. In their previous ranch home, “we were a little bit on top of each other,” Dan said.

“When the grandchildren came, it was wall-to-wall people,” Gay added.

The dark hardwood floors are a laminate made from hickory, and the interior doors are a knotty alder. The cream-colored kitchen cabinets contrast nicely with the dark hardware and dark floors, and both are reflected in the cream and brown tile backsplash.

The Credes didn’t have a choice in the home’s finishes, as it was already built when they bought it, but “there were very few things I would have done differently. I really like their choices,” Gay said.
Another aspect of the home she and Dan like: The master suite is on the first floor, with the laundry room right next to it. If they stay in the home after they retire, they won’t have to climb the stairs if they don’t want to.

The home’s second story has three bedrooms, one of which is used as an office. There is also an unfinished basement, which serves as a play area for the grandchildren.
Gay loves old houses with high ceilings. Her new home has high ceilings, as well as built-in cabinets and deep window wells that she says give it the feel of an older home.
“I can have a roomy home but not feel like I’m spending beaucoup (money) to heat and cool it,” she said. “Over time, we’re saving every month on utilities.” 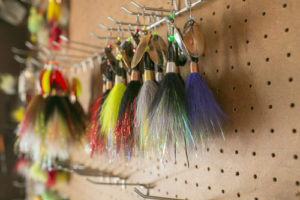 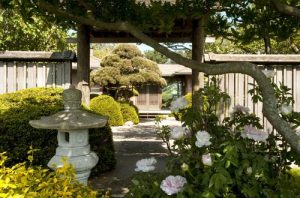 Jim Bier created a garden modeled on those he's admired in Japan.