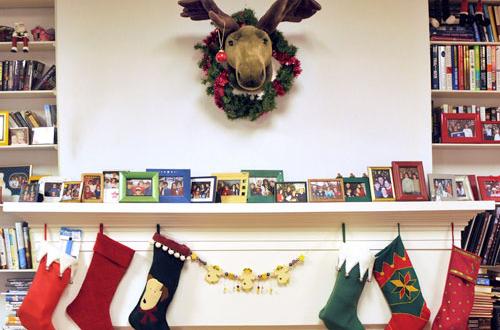 Ellen Harms knows Christmas has arrived when the Pope ornament is hanging on one of her Christmas trees, and her neighbors on Elm Boulevard light the star on top of the gigantic pine tree in their yard.

Last year, the Pope ornament was hanging next to two new “Baby’s First Christmas” ornaments, one pink and one blue.

That’s how it is in the Harms home in Champaign. The eclectic assortment of ornaments and Christmas decorations festooning their home all celebrate some aspect of the family, whether it’s a vacation they took together or the activities of the kids when they were little or a joke that evolved into a family tradition.

Take the living room tree. It’s decorated entirely with ornaments the four Harms children – Steve, Leslie and twins Jill and Johanna – made while growing up.

The family room tree has ornaments with some meaning to a family member. There are ornaments commemorating neighborhood parties and plays, vacations, the Orange Krush. (Leslie was a member while in college) and the Pope ornament. The baby ornaments celebrate Ellen and Jim Harms’ first two grandchildren, born about six weeks apart in 2011.

Ellen Harms isn’t quite sure where the first Pope ornament came from that made its way onto their tree, although Jim is Catholic and their children went to Catholic school when they were young. But it became a tradition for a neighbor and good friend to come over and find the ornament on the tree, kicking off the holiday season.

Until a few years ago, the entire Harms family went out together and cut down the two live trees that went in the living room and family room.

There are numerous smaller trees throughout the house as well, including one in the dining room decorated with mermaids, which Ellen Harms collects. There’s a small tree in the living room, one in the master bedroom, even one in the home’s elevator.

In addition to the tree ornaments, there are gold crosses hanging in the dining room windows. The kids each made one while in the third grade, and Ellen Harms knows which child made which cross just by looking at them.

“You could actually tell the personalities of my kids who made them,” and whether the child was meticulous or slapdash or artsy in his or her work, she said.
The kitchen windowsill holds a collection of Crinkle Claus figurines. Ellen got the first as a white elephant grab bag gift, and daughter Jill has given her another every Christmas since.

The mantle above the family room fireplace is covered with Christmas photos of the Harms children – 36 years’ worth of such photos this year.

One a coffee table is a book of the Christmas letters Ellen writes each year – both hilarious and touching, recounting the highlights of the past year for each family member.
In addition to the Harms family history on display, the home itself has a long history. The original part of the house dates to 1863. Don Moyer, for whom the Don Moyer Boys and Girls Club is named, lived there for some time. He put on a two-story addition and added the elevator when his wife was ill.

Ellen and Jim Harms have lived in the home since 1984. They put an addition on the back of the house to enlarge the kitchen, which has the original chimney in it, going three stories up.
The couple moved to the house when they needed more space for their growing family, but they also fell in love with the neighborhood, which has its own traditions.

There’s a neighborhood Christmas house walk every year, a Fourth of July parade and an Easter egg hunt. The neighbors gather on the boulevard for coffee and doughnuts in the fall. One of the Harms girls was married on the boulevard.

“It’s a very eclectic neighborhood,” Ellen Harms said. “That’s what we like. People are doing different things. We felt it was a good place to raise kids.”
And to celebrate family. 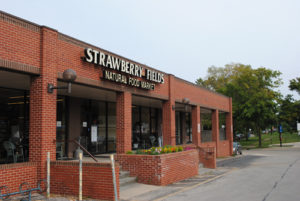 A revamped Strawberry Fields is a great place to check out. Coffee, a cafe, and much, much more. 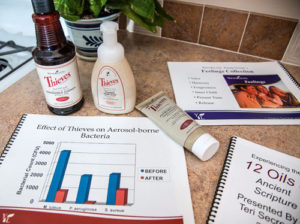