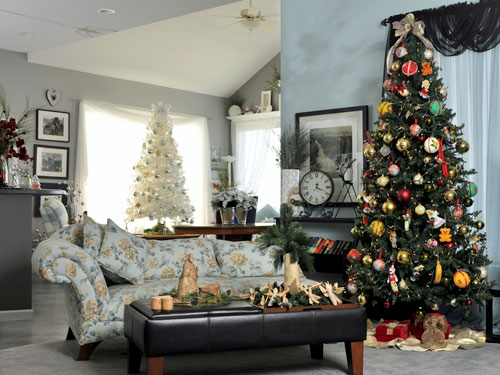 Judy Edmundson of Arthur loves decorating, and if you visit her home at Christmastime, you’ll see flower arrangements throughout.

But don’t think you are looking at the finished product. The decorations will change several times, guaranteed, before Edmundson is done. She usually starts decorating in early November and hopes to be finished by Thanksgiving, but she often is still making some changes as the calendar changes to December.

During last year’s holiday season, she changed one arrangement three times in three weeks. And on one day she rearranged three different groupings of flowers, trying to find the right mix.
“I think it’s kind of therapeutic,” she said of arranging and rearranging flowers, greenery and other parts of the décor.

For example, one arrangement in a silver bowl featured lime-colored poinsettias, red orchids, greenery and berries.

“It got out of hand,” Edmundson said. “It was too heavy, so I tore it apart.”

She set it aside and came back to it later, deciding she wanted just one color so the arrangement wouldn’t compete with the silver of the container. The final product featured white sparkly poinsettias.

Edmundson has always loved to decorate and arrange flowers. When she had a young family, she would buy inexpensive artificial flowers from the dime store for decorating.

Even now, the thrill of the hunt is half the fun for her. She likes seeing what catches her eye in a store, discovering items and thinking about how she could use them in her home. And it’s even better when she finds a bargain.

Edmundson also likes to decorate with items that have meaning to her. The sleigh bells hanging on a door came from her father. He grew up on a farm and his family would put the sleigh bells on their horses during the holidays.

A loveseat in her home came from her grandmother. Next to it is a table that belonged to a different grandmother, who sold turkey eggs from the family farm to get the money to buy the table.
The Edmundson home had three Christmas trees last year during the holidays. A white tree in the sunroom holds ornaments made by Edmundson’s aunt that feature crosses from various countries.

The large tree in the family room holds many more ornaments made by the same aunt, including cloth-covered ball ornaments she embroidered and angels that she made.
“I used to have a tree with just her things,” Edmundson said.

Edmundson collected angels for a long time. A set of ceramic angels sitting on the piano were a gift from her aunt to Edmundson’s son. Angels hand-carved from driftwood – made by an artist in New Mexico and a gift from Edmundson’s daughter – surround a wooden vase in the family room.

A manger scene dating from the early 1930s came from Chob’s aunt, as did a silver music box in the shape of an egg, with a Nativity scene inside. 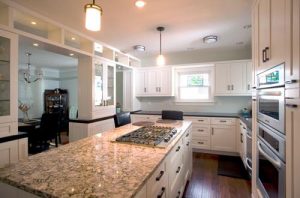 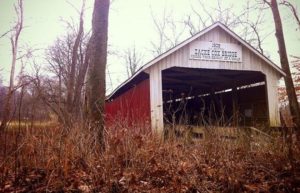