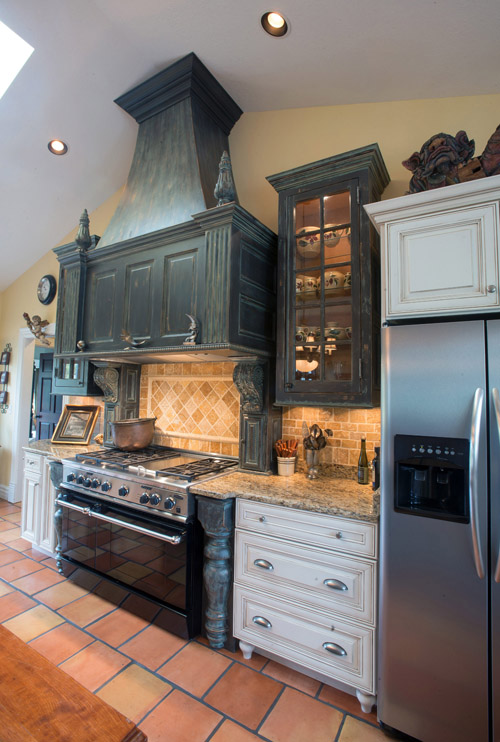 Long before they built their Danville home, Dave and Susan Warner were collecting materials they’d use in the home. The couple loves architecture, and they like to see old architectural materials repurposed.

“We’d been salvaging for probably 10 years before we built,” Dave said. “I’d see something and say, ‘We’ve got to have that. I don’t know where we’re going to put it, but we’ve got to have it.’”

The two wanted a bigger home, and they thought they wanted an older home. But most older homes they saw needed a lot of updating, “or they have little bitty rooms,” Susan said.

They found a lot on the west side of Danville, and “we decided for what we were going to have to pay for a house we’d have to completely gut and remodel, we could build a new house,” Dave said.

The couple went to a lot of showcases and looked through books of building plans. Dave drew up a plan that combined aspects of several different building plans they liked, and he built a scale model of what the home would look like.

But they found many builders were unwilling to build what they wanted. For instance, the living room has 12-foot ceilings with a 15-foot vault. Nobody wanted to construct a vaulted ceiling with a truss roof, Dave said.

But they found Dan Van Hoveln, a Danville contractor who was willing to build what they wanted. The shell of the home was built in 2004. The home had a roof and windows but no drywall or insulation or finishes. The Warners did that work themselves. They moved into the home 18 months after the builders finished, but it took another eight or nine years for them to complete all the finish work.

Dave’s father studied industrial arts and taught Dave a lot about woodworking. The Warners stored the items they salvaged in his barn.

They salvaged nearly all the trim used in their home from houses that were being demolished, pulling the nails from each piece of trim and stripping layers of paint.

“It was a lot of rental properties so they had 10 coats of paint. Pink, green, baby blue, it would go on and on,” Dave said.

In their living room, all the oak trim came from a Danville home being demolished, as well as the oak staircase leading to the basement. The trim was black, covered with an eighth-inch of crud, when they got it. The couple spent every weekend at the home before they moved in, stripping woodwork.

The staircase was like a Rubik’s cube, Susan said. They had to disassemble it to store it.

“We took it all apart and I numbered everything, in hopes someday it would go in our house,” Dave said.

They refinished it and fabricated a new post and a couple of spindles to match the others. They found a railing in a Covington, Ind., antique store that exactly matched the existing railing. Then they reassembled the pieces, which all dovetailed together and then were nailed.

Their home also has material from the old Daniel School in Tilton. Before the school was demolished, the Warners salvaged all its maple hardwood flooring. It was 100 years old and had never been refinished, but “it probably had 100 coats of varnish. They would wax it every summer when the kids weren’t there,” Dave said.

The two pulled the flooring up, then pulled out all the nails and scraped every tongue and groove, put the flooring down in their new home and sanded it.

They used redwood columns that were part of an old VFW building in Danville in their living room. They spotted the columns in a garbage pile that was ready to go to the landfill. The building dated to 1850 and Abraham Lincoln may have visited there, Dave said. He believes the columns were added to the building in the 1920s.

The Warners split one 22-foot column in two to use in their home. They also got half of a second column, but it was in about 10 pieces that Dave put back together.
“Everything we get and we bring home needs to be rebuilt or refinished,” he said.

The columns on the home’s front porch came from a West Virginia mansion that burned. The Warners saw them used as part of a display at a flower and patio show in Indianapolis and bought them from an architectural salvage store there.

The Warners love antiques as well as the outdoors. Susan is on staff at the Vermilion County Conservation District, and some of the decor in their home reflects her interest in the outdoors.

The Warners have several antique taxidermy pieces, including a chicken, a wild boar and an African eland, one of the world’s largest antelopes, as well as the horns of a Middle Eastern antelope.

“I find it kind of funky and interesting,” Susan said.

Their library features old cane fishing rods; stuffed toads (once dissected as part of a science class) and snakes; antique binoculars, a camera, a light meter and a compass; fossils; and cypress knees that Dave sanded down and refinished.

“We think of it as the adventure room,” Susan said.

“The National Geographic room is what we call it,” Dave added.

The Warners also love seeing the wildlife outside their home. They often see deer and wild turkeys in their yard and in the meadow just behind it. 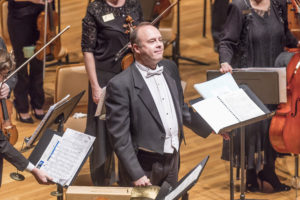 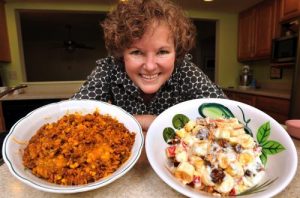 A focus on eating more healthfully