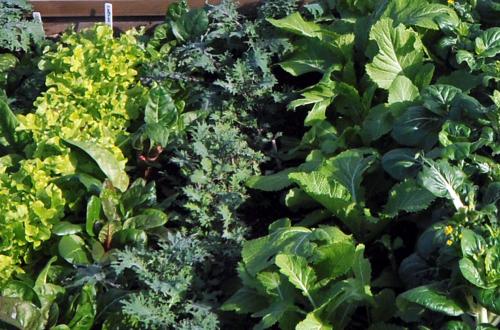 With passive solar hoops, it's possible to grow fresh vegetables even in winter

The only gardening going on in central Illinois in the wintertime is usually in the minds of gardeners, planning what they’ll plant come spring.
But Tom Seals and John Jones are experimenting with extending the growing season for vegetables through the winter.
The two are Master Gardeners and co-leaders of the vegetable section in the Idea Garden, at the University of Illinois Arboretum and maintained by the Champaign County Master Gardeners. The garden is usually “put to bed” by late October and there is no activity until spring.
In 2010, though, Seals, Jones and a half-dozen or so volunteers would periodically haul gallon jugs of water through the snow to the garden to water plants growing under a passive solar greenhouse.
Seals and Jones decided to try winter gardening after hearing John Biernbaum, a Michigan State University horticulture professor, speak about using passive solar greenhouses to grow vegetables for 48 weeks per year in East Lansing, Mich.
Zack Grant, farm manager for the UI’s Sustainable Student Farm, helped build a small passive solar greenhouse in October 2010 to cover a raised bed in the Idea Garden. Grant oversees a super-sized version of Seals’ and Jones’ hoop, growing crops in high tunnels at the Sustainable Student Farm.
He’s also been growing vegetables for 10 to 12 years in traditional cold frames, with their slanted glass windows over a wooden frame, used for getting an early start on hardy crops. Grant said the hoops are a less-expensive and lighter-weight replacement for the cold frames.
The hoop at the Idea Garden is built from half-inch metal pipe conduit, bent to form the roof structure and covered with a 6-millimeter polyethylene covering, designed for a greenhouse and thick enough to keep plants alive in the winter. It was attached to a raised bed, with hinges to open the frame for watering.
The plastic needs to be greenhouse-grade plastic, with a UV stabilizer so it won’t break down from constant sun exposure. Construction-grade plastic doesn’t have the UV stabilizer, Grant said, and the sun will cause it to yellow and crack.
“The distinctive feature is they are passive solar, so there is no extra source of energy used besides the sun,” Seals said.
He and Jones said cold-tolerant plants such as leafy greens and root vegetables are best for winter gardening. They emphasized leafy greens in their garden, including kale, Swiss chard, red leaf lettuce, spinach, mustard greens and bok choy.
“When the external temperature is as low as minus 20, a tight passive solar greenhouse will keep the interior temperature at 15, and these vegetables will survive that for a short period of time,” Seals said.
“This was a trial,” he continued. “We had no idea when we opened it up in late February (what we’d find). We thought we could have a bunch of dead vegetables.”
What they found, though, was the vegetables survived.
They lived through a hard freeze in late October 2010 and were harvested in late November. The frame was opened occasionally for watering, when the temperature was above 25 degrees. The plants looked droopy in mid-December, but the greens were harvested again in late February 2011, and were growing well in mid-March.
The vegetables don’t produce new growth when it is very cold or when there is less than 10 hours of sunlight per day, Grant said, but they survive. The hoop “acts as an in-ground root cellar,” he said. While the air temperature gets cold, the soil traps the sun’s radiation and doesn’t freeze much.
Once the days start getting longer and the temperature rises, the plants start growing again.
One advantage of growing vegetables in cold weather — there are no bugs.
Seals and Jones added a fabric row cover for a second layer of insulation during the coldest weather. But if the weather warms up, the vegetables can cook. They open the frame if there is a particularly warm spell during the winter.
Last year, the two built a new raised bed, which allows the cover to fit more tightly. They hope to hold a workshop this spring for gardeners who are interested in using passive solar greenhouses for winter gardening.
“What we’re doing is extending the growing season in the fall and starting sooner in the spring,” Seals said.

The keys to growing vegetables through the winter are:
— Choose crops that can survive cold temperatures and that can be harvested multiple times, such as leafy greens.
— Plant them early enough in the fall (usually by early October) so they can get established before it gets cold.
— Have a structure such as a passive solar greenhouse to create a micro-climate to keep the plants warm enough to live through the winter.
— Take care not to harvest the vegetables when they are still frozen, such as early on cold mornings, as they’ll be too mushy to eat. 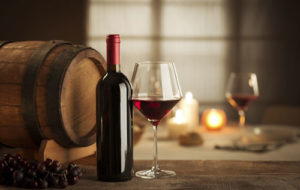 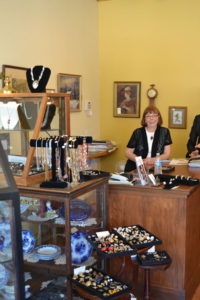