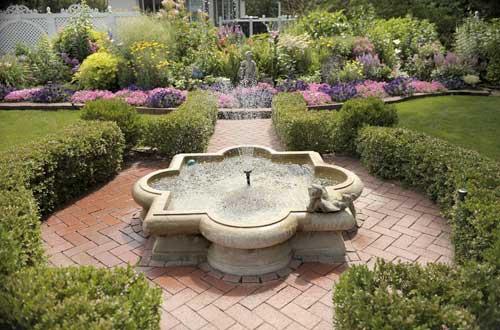 The well-manicured gardens surrounding Margaret Dillon’s Monticello home represent the culmination of 40 years of trial and error with flowers, figuring out what she liked and how she wanted her garden to look.

Dillon has always loved flowers, and you could say gardening is part of her family heritage. Both her grandmothers gardened, and her mother raised vegetables, although no flowers other than hollyhocks.

Dillon began gardening more seriously after her three daughters went to college. She was living in Lincoln, Neb., at the time, and gardening grew from a hobby into a passion.
She grows plants she is familiar with and that she likes. Many are hardy perennials that don’t need a lot of care.

“That’s what Dean and I want as we get older – plants that come up every year and don’t require a lot of work,” Dillon said.

She and husband Dean built their Monticello home in 1995. They both grew up in Illinois and moved back after spending 30 years in Lincoln, where Dean taught agricultural education at the University of Nebraska.

Margaret Dillon said the climate zone for Lincoln and this area are very similar. When the couple built their home here, Dillon started out planting the same flowers she had grown in Nebraska.
The Dillons brought in five Norway spruce trees to block the wind along one side of their property. They planted 27 yews across the back of their yard as a backdrop for Margaret’s flowers.
Margaret Dillon laid out the areas for her flowers, with curving borders, along the edges of the lawn. She planted perennials, with annuals such as petunias in the sun and impatiens in the shady areas, so something would always be in bloom.

Many of the flowers are shades of pink and purple, Dillon’s favorite colors. She added several varieties of flowers that are yellow, “because it draws the eye to the garden.” After the couple had been in their Monticello home for a while and Dillon learned what areas were shaded most of the time, she added hostas.

She filled in the area under the spruce trees with hydrangeas, and put more hydrangeas along the east side of her home, outside her sun porch. Next to them is agastache or hummingbird mint, which attracts hummingbirds at dusk, and a pot with a water lily. One of Dillon’s grandmothers had a water lily pond.

“I thought, ‘I’m going to try it, just for fun,’”  Dillon said of growing a water lily.

She wanted a water feature in her garden but decided against a pond. She thought raccoons would be attracted to it and empty it of any fish she put in it. Instead, she decided on a fountain.
“I just love it. It’s so peaceful,” she said.

Dillon added boxwoods around the fountain to soften the lines of the brick patio. She enjoys it even in winter, when snow outlines the edges of the patio.

Dillon planned her garden so she could enjoy it year-round, with some late-blooming plants providing color in the fall, and winter revealing what she calls “the bones of my garden.”

Throughout the garden are decorative items, including paper lanterns hanging in a shady area and many birdhouses. Dillon also likes old-fashioned pots. She has Victorian-style urns planted with mini-petunias; a wrought-iron settee, chairs and table; and antique fencing separating the backyard from the driveway.

The couple had an old city streetlight from Lincoln, Neb., at their home there, and they brought it with them to Illinois. It now stands near their patio.

They bought an old butchering kettle from a farmer in Manito, where Dean Dillon first taught. It is planted with flowers at the back of the driveway.

The Dillon’s hard work has been recognized, with the garden included in the Monticello garden walk four times between 1997 and 2010.

Margaret Dillon said the garden keeps her and her husband active and happy. 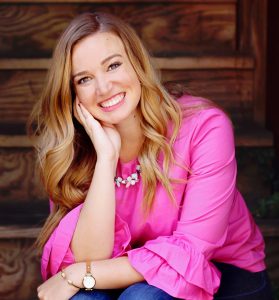 The perfect pigskin party: Secrets from a local event planner