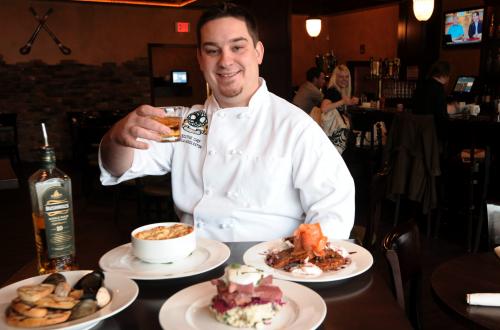 One of the more recent additions to downtown Champaign is an Irish pub.

The operators of Dublin O’Neil’s Irish Pub — at 301 N. Neil St., in the M2 building — want to emphasize the food offered there, influenced by traditional Irish dishes.
“We wanted to really focus on the culinary side of things,” said Joshua Huddleston, executive chef and general manager of the pub. “We wanted to take Irish pub fare and give it a Midwestern comfort feel and make it all from scratch.”

The menu, inspired by coastal Ireland, includes seafood dishes such as a seafood chowder, fisherman’s stew and carmelized salmon. There’s a curried vegetable stew, chicken pot pie, Irish dumplings, a pan-roasted chicken breast, and, for lunch, a burger and Reuben, BLT and club sandwiches. And the menu features classics, such as fish and chips, bangers and mash, corned beef and cabbage, and shepherd’s pie.

But the traditional dishes have a few twists. The fish and chips features haddock served with a red pepper tartar sauce and grilled lemon. The bangers and mash is served with sweet and sour cabbage — a red cabbage dish flavored with lemon and honey. The shepherd’s pie has some spice to it. “None of our items would be considered Irish bland at all,” Huddleston said. “They all have some seasoning to them.” Huddleston described his Guinness braised beef short ribs as an example of Midwestern meets Irish fare.

Desserts include a traditional Irish/English sticky toffee pudding, and another Midwestern/Irish combination — apple and Jameson crumble, an apple crisp with oats and almonds, topped with a vanilla bean gelato.

Of course, it wouldn’t be an Irish pub without a good selection of beer and whiskey. Dublin O’Neil’s features 16 beers on tap. Many of them change with the seasons, but there are six standards that are always offered: Guinness, Harp, Smithwick’s, O’Hara’s Irish Red, Magners Irish Cider and Kilkenny. The bar serves more than 80 bottled beers as well, and 25 varieties of Irish whiskey.

The restaurant began offering lunch specials early this year. Meatloaf Fridays have been popular, with the meatloaf made using the same mix of ground beef and spices as the burgers, along with curried ketchup. The meatloaf is served with mashed potatoes and grilled asparagus in thyme gravy.
Monday’s special is patty melts and Wednesday’s is Cuban sandwiches.

Huddleston is a central Illinois native — he graduated from Urbana High School — and he spent several years in Chicago, attending Le Cordon Bleu culinary school and working as a sous chef in the catering division of the Berghoff restaurant.

He returned to the area about three years ago and was executive chef and general manager of Medici, a bar and restaurant in Normal, before working with Amit Chopra to open Dublin O’Neil’s and 301 Mongolia next door. Chopra owns both establishments.

“Supporting local businesses is important to me. And building relationships,” he continued. “There’s nothing better than to go out in a chef’s jacket from Dublin O’Neil’s and talk to local farmers and drum up business and become a part of that scene.” 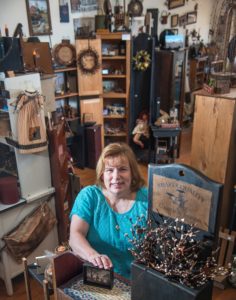 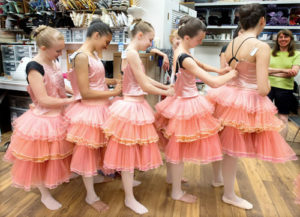 Dressing up the holiday season

The costumes for the annual production of "The Nutcracker" are a visual treat.