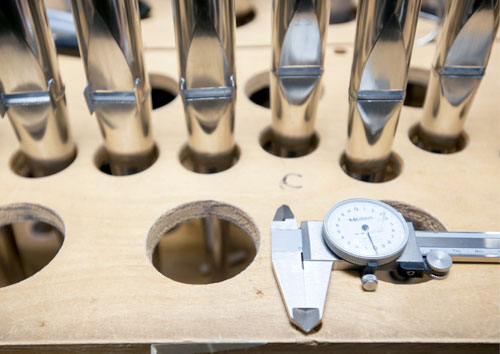 What is a church organ? How are they made?

John-Paul Buzard realized his lifelong dream when he opened Buzard Pipe Organ Builders in Champaign in 1985. And on paper, he’s been in the industry since high school and college, when he apprenticed as a technician.

That’s on paper, however. The reality is he knew much earlier in his life that his dream was to build those beautiful and powerful instruments that are pipe organs. It was his “opus.”

“My dad was an Episcopal priest. I shadowed the organ caretakers,” he said from his office and workshop on 112 W. Hill St. “I’ve known since I was 6 years old that I wanted to be an organ maker.”

Like so many people, he wandered from his path of building these intricate instruments and received an undergrad degree in radio and TV journalism. But a tuition waiver during his undergrad days for taking care of organs made him realize he needed to get back on the road he was meant to travel: the road to bringing music to thousands around the world.

He earned a master’s degree from Northwestern University in organ and church music and then obtained an advanced degree from the University of Illinois; he then was appointed curator of organs at UI. Eventually, he turned the old Women’s Town Club building that was constructed in 1897 into the successful business that is growing every day.

When At Home in Central Illinois visited the crew on Hill Street, they were working on a design for a new organ, helping another customer fix an older organ — they repair old organs, too — and getting ready to assemble another organ that was in the works for Sandusky, Ohio. Buzard has a staff of 17 specialists who are tops in their craft.

And these beautiful, functional, working pieces of art are made right here in Champaign. Amazing what happens in one’s own backyard.

The plans were recently finalized for Opus 45 that will eventually be home at the Pilgrim Lutheran Church (ELCA) in Carmel, Ind. The organ will be housed in a case made of solid oak standing nearly three stories tall designed to relate to the church’s architecture, and will feature a set of polished copper “Chamade Festival Trumpets” along polished tin flue pipes in the organ’s facade.

The construction of Opus 44 has been completed. The new three manual and one pedal organ has 43 independent speaking stops and 59 ranks of pipes. The craftsmen used pipes and other components from the old organ in the church. Its new home is Grace Episcopal Church in Sandusky, Ohio.

“Opus 1 is in Savoy First Baptist Church,” Buzard said of the instrument that has been filling their hallowed halls with sound for some years now.

Sometimes an organ can be in the works for 10 years. It’s an intricate and intense process. Like all commissioned art, there is consideration for the creative process, which is delicately balanced with the business deadline. Buzard Pipe Organ Builders makes the two work together with what looks like great ease. That’s a sign of great preparedness, planning, execution and follow-up. It’s obvious from the awning out front, to the business office and then to the workshops that great care goes into all operations of Buzard’s business.

Buzard walked over to part of Opus 44. He ran his hands over the completed woodwork. It’s several stories high and looks nothing like a pipe organ. It looks like a small building.

“Of course, it will be assembled at the church where it will be housed. These are the inner workings,” he said while pointing out the beautifully crafted woodwork. “The craftsmanship is beautiful, and nobody will ever see this part.”

But that’s what matters to Buzard, the most intricate and beautiful parts will exist throughout the organ, whether seen by human eyes or not. It’s necessary, because the human ear is what matters most when building a pipe organ. The beautiful sound that fills the ear, warms the heart and brings joy to the soul. 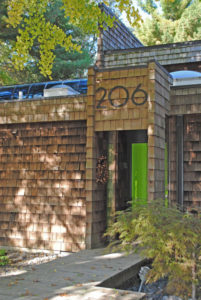