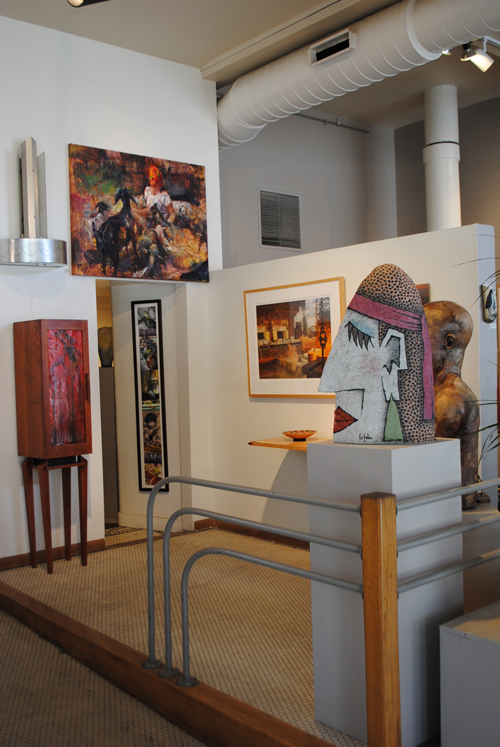 Why pay for a knock-off when the real thing is as affordable?

That’s exactly what many do when decorating their home. They go to the local bigbox store and buy a framed print or an unoriginal niknak for a table.

“People think that original paintings and other pieces of original art are outrageously expensive,” Carolyn Baxley said. “They can come here, to the Cinema Gallery and purchase a true original.”

Baxley said that people become a true collector of art at that point; something of value and interest, that can be passed down as an heirloom, as well. Plus, it’s nice to look at and its beauty enhances the owner’s surroundings, too.

Baxley is the owner of the Urbana Cinema Gallery, located on Main St. in the heart of downtown Urbana.

“There are many, many original, one-of-a-kind pieces in galleries that are very affordable for gifts, so think about giving something unique the next time you need a gift for a wedding, anniversary, birthday, or holiday,” she said.

At Home readers are in luck, because the gallery is hosting three very important art shows this holiday season. The first show will feature paintings by Glenn Bradshaw and David Bushman, both deceased. The show runs from September 5 to October 17.

“They both were professors at the U of I,” she said. “In the gallery at large I represent 52 artists, most of whom have a connection to Urbana-Champaign. Thirty-one of those are either current or retired faculty from a local university. The other 21 are professional studio artists from this area or elsewhere in the Midwest. Media on display are ceramics, drawings, glass, mixed media, paintings, prints, sculpture, and studio furniture.”

The second art show will feature Chris Berti and Glen Davies, both local, but nationally renowned artists that are professors at Parkland College and the University of Illinois, respectively. Berti is known for his prowess in sculpture, carving into brick and limestone. Davies is a muralist, who is also known for his banners, collages and sculptures. It runs from October 21 to November 28.

“This show will feature sculptures and collages,” Baxley said.

The third show is entitled, “Small Ones,” and runs from December 6 to January 30.

“This is an important show,” she said. “Some of the best figural artists in the country will be involved in the show and will feature small figural ceramics. Twenty-four artists around the US will send one piece.”

Baxley varies the media in the rotating shows to keep them interesting.

“Sometimes I show work by a 2D and 3D artist in a two-person show, and sometimes I select a theme and invite multiple artists to participate,” she said.

Baxley said she has one rotating gallery that changes out about seven to eight times a year. The gallery opened in January 2001, because Baxley thought that it was needed.

“My husband Norman and I have collected artwork for a long time, and I always thought it was unfortunate that there was no gallery in town showing the best of our local artwork on a year-round basis. People were buying art at benefit auctions, directly from the artists at street fairs, from occasional shows at one of the university galleries, or from an artist’s studio. But those opportunities were not consistently available, and many fine local artists had no local venue for their work.  After we purchased the Urbana Cinema, I had a very visible Main Street location that I thought would be appropriate for a gallery, so I took a chance and opened Cinema Gallery. Thanks to my wonderful customers and supportive artists, I have been able to stay open 15 years,” Baxley said.

Customers often need to visit a more expensive item several times before they make a decision to purchase.

“So, part of my job is to be patient and not be too quick to remove a fine piece just because it’s been there a long while,” she said. “The beauty of fine artwork is that you don’t get tired of looking at it! One thing I would like to emphasize is that art galleries are always fragile in difficult economic times. We need local residents to make a conscious effort to seek us out and spend a little every now and then to insure that we’ll be there the next time they have visitors in town and want to show them some great art.” 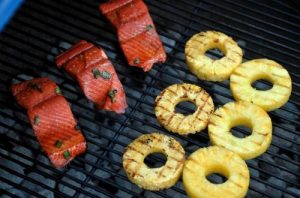 Thinking beyond burgers and steaks

When Betsy Waller decided to launch her own jewelry-making business, she was in a stage of transition.