One Winter Night fundraiser to raise awareness of Champaign-Urbana homelessness

Rob Dalhaus III has a degree in psychology from Wabash College in Crawfordsville, Ind., and has worked a variety of jobs.

Rob Dalhaus III has a degree in psychology from Wabash College in Crawfordsville, Ind., and has worked a variety of jobs. When the executive director of C-U at Home graduated from St. Joseph-Ogden high School in 2007, Dalhaus never imagined that one day he would be working alongside people who were homeless. “But God had a different plan,” he said.

After a stint at Menards, in 2013 Dalhaus started work as a crisis clinician at Rosecrance, then known as Community Elements. It was his first experience with issues like domestic abuse and substance abuse. “I was seeing folks at their absolute lowest,” he said. “It was a powerful experience for me.”

When he and his wife learned they were expecting their first child, Dalhaus sought out more stable hours at the Times Center, performing intakes at the transitional housing program for homeless men. He went on to become the managing director of C-U at Home, an organization that works to house and support people who are homeless, and then took over as executive director after founder Melany Jackson moved to Colorado.

Dalhaus said that despite “point-in-time” counts that are taken in late January, it’s difficult to pinpoint exactly how many “friends without addresses,” as he refers to the homeless, there are in the community.  “Our folks are a very transitional population,” Dalhaus said, noting that many leave town for a few months, for example, to seek warmer weather.

C-U at Home’s outreach team received over 12,000 phone calls in 2018 from people in need or from citizens concerned about people they saw who they thought might be. Its emergency shelter saw 111 different men in 2016, 187 in 2017 and 287 in 2018. “I don’t know if it’s ‘If you build it, they will come,’” Dalhaus said, explaining that the only other homeless shelters in the region are in Danville and Mattoon.

Dalhaus said his research indicates that there has not been a year-round shelter in the Champaign area for about 20 years. His organization is working on that, partnering with Austin’s Place, a women’s shelter operated by Champaign’s First United Methodist Church, on having year-round shelter available starting Nov. 1, 2020.

A major fundraising source for that and for all of C-U at Home’s programs will be the ninth annual One Winter Night on Feb. 7, during which volunteers spend the night outside in downtown Champaign in a cardboard box. This year’s goal is to have 400 box dwellers. In the past, there have been husband-and-wife teams, church groups, high school groups and business classes who have participated; each group raises $1,000. The event will kick off with live music at the Orpheum Children’s Science Museum from 5 to 6 p.m., and there will be specialized speaker presentations on various aspects of homelessness including substance abuse, mental health and law enforcement. The organization’s documentary will be shown throughout the night. “I encourage people to come with their friends and visit with the box dwellers and find out why they’re doing it,” Dalhaus said. “I’d like to increase foot traffic.”

This year’s goal is to raise $350,000. “It’s fun but challenging mentally and physically,” Dalhaus said. “Friends from the street” volunteer during the event. “We try to make it as close to reality as possible without making it absolutely unbearable,” Dalhaus said.

Of the “hard core” homeless – those who are actually sleeping on the street — that C-U at Home works with, Dalhaus estimates that about 75 percent of them have mental health or substance abuse problems. Often they have been shunned by family or lost a job, leaving them with no support system, so they self-medicate with drugs and/or alcohol. “They can’t gain employment,” he said. “It can spiral out of control very quickly.”

Dalhaus met one man who had a six-figure job, got hurt on the job, became addicted to prescription pain killers and then to heroin. His wife left him when she couldn’t deal with the fallout of his addiction. He told Dalhaus, “Nine to 12 months ago I never would have thought this would happen to me.”

Dalhaus has a chart called the “Vulnerability V” that he uses as a visual aid during speaking engagements. It depicts the various circumstances that can lead the general population, at the top, into homelessness, represented as steps down toward the bottom. “It’s critical for us as a community to have resources at each point, whether it’s having a rapid rehousing program or just having affordable housing available,” he said. “We work with the most vulnerable.”

Often the only source of income for those C-U at Home is working with are Social Security or disability payments; if they don’t have those, they may resort to panhandling or illegal activity for money.

“Part of our job is to give grace, empowerment, dignity and compassion,” he said. “We all slide sometimes and we need to be built back up. There have to be organizations and ministries there to help these folks when they fall.”

There are several components to C-U at Home’s ministry:

C-U at Home has a social worker who can help in navigating available social services. There are also recovering drug and alcohol addicts on staff to lend a sympathetic ear.

Dalhaus said that a common myth about people who are homeless is that they’re lazy. “The folks we see on a daily basis, the vast majority of them desire employment,” he said. “They want to work. They’re wanting to give back to society. They’ve just made some bad choices.”

Dalhaus believes that the local community is becoming increasingly receptive to those in need. “It seems like our community embraces that idea, buying the person a cup of coffee and sitting with them,” he said. “Acknowledging that person goes a long way. The old adage ‘Don’t judge a book by its cover’ is not just a cliché. You have no idea what that person has gone through, is going through until you sit and talk to that person. Now we have the opportunity to see them and help them in some way.”

Dalhaus said there are multiple ways that people can help C-U at Home. “Get involved, whether that’s financially with your money, praying, however it is, get plugged in,” Dalhaus said. “Be a part of One Winter Night. Volunteer at the drop-in center in Champaign. Hang out when the work program is going on.”

One way to help financially is through a monthly giving team called the Hope Givers Community. It would take 600 donors giving $40 each month to pay for the men’s and women’s shelters to operate year-round. The expenses associated with that include the space, supplies and trained staff. “These are action items,” Dalhaus said. “We’ve set a benchmark of what we want to get accomplished.”

Dalhaus also encourages people to “put out more positive thoughts” towards C-U at Home and those in homeless situations. He encourages anyone who sees a person who looks like they might be in need of assistance to call the outreach team at 217-888-0329. “We will send someone to talk to them,” he said. 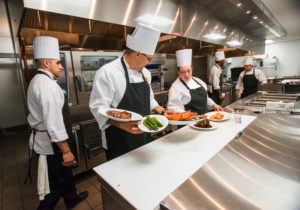 The Legend of Hamilton Walkers 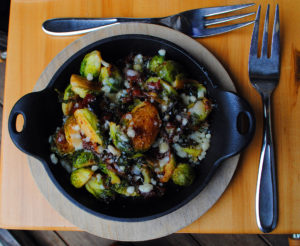