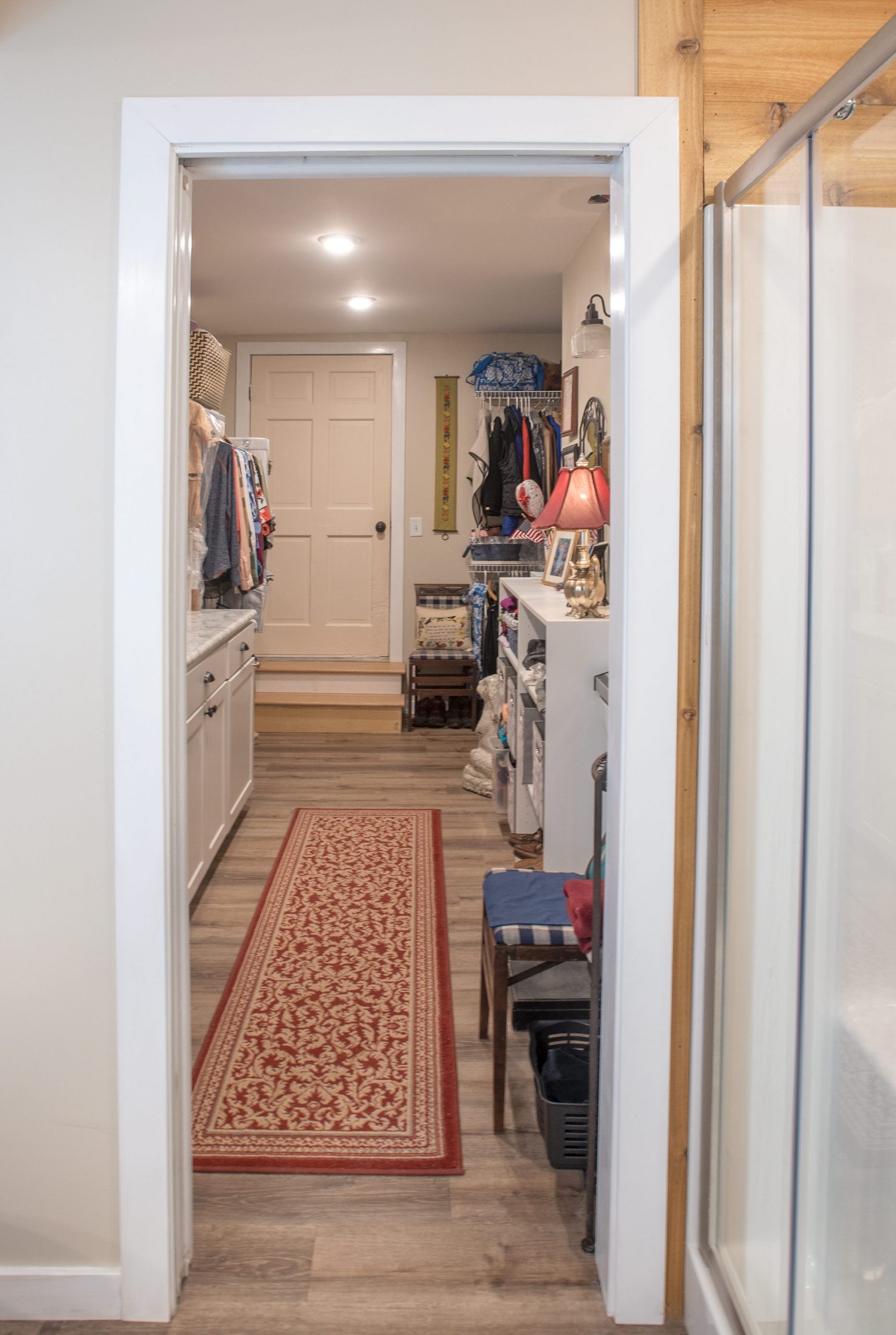 Cover Story: Addition allows Seymour woman to live on her own, close to family

Judy Owens Yost built an addition onto her converted barn house near Seymour so that her son’s family could move in it and she could downsize. Owens Funeral Home is the family business. Her son, Jay, who is the director of the Blair Owens Funeral Home in Mahomet and has been living there with his wife, Ashley, and their daughter, Allison, 7, are moving into the 3,000-square-foot main side of the home. Owens Yost said the home is a perfect match for the family because Ashley’s style is “very country.”

Touches of the funeral home can be seen throughout both the main house and the addition. Behind a small set of glass doors from the Champaign funeral home is a mirror from Traditional Glassworks made to make it look like a window. More doors from there are in the main house, and in the addition there are folding wooden chairs that she had reupholstered with blue and white plaid fabric. “I like antiques, but I want it to be functional,” she said.

Owens Yost began considering building the addition following the sudden death of her husband, Jim, in 2014. The 1,300-square-foot addition allowed for a full kitchen, bedroom, bath and living area. The addition is private but connects to the rest of the house by way of a shared space that includes an entry and foyer. Her husband made the thick wooden door. On the soaring wall across from it is farm memorabilia, including a photo of the barn. “We’d never built anything,” she said. “I didn’t even know what was inside a wall.”

Universal design features make the space easily accessible to multiple generations. While Owens Yost has her own washer and dryer, she has access to bigger ones in the main part of the house.

Mike Kennedy of Champaign-based Kennedy Builders was the contractor, and Gina Battaglia was the architect. Steve Aull, a friend, also helped, suggesting that as an addition to the house it should have an integrated style.

“Gina did a really good job matching it and making it flow,” Owens Yost said. “It looks like it was just one house, and it’s meant to look like that.”

The home is large enough for both Owens Yost and her partner, Dave Doyle, a widower she met in a grief class. Doyle came often during the building of the addition and helped.

Owens Yost had a house blessing ceremony for the addition. “There were a lot of people, but it was fine,” she said.

There are plenty of shelves, bins, hooks and baskets for storage in the laundry room/cat room and small closet. “I like to organize stuff,” Owens Yost said.

The addition’s flooring is slatted and has some cushioning on the back. “I love the flooring because you don’t see anything on it, like dog hair,” she said. “I didn’t want it dark but I wanted it to have authenticity and have some life to it.”

She found a 100-year-old buckwagon that used to have hoops on it from a Mahomet truck driver who restores them. He put new boards in it and left space for water to drain through if she decorates it with plants. She plans to display it on an island in the center of the driveway. “I had always wanted to have one to go with the house,” she said.

A French country credenza offers an elegant place for Owens Yost to store her favorite spirits and drink accessories. Directly across from it is a long counter used for buffet-style service.

Lights in the glass-front kitchen cabinets can be faded and changed to various colors.

The pantry doors were changed to more closely resemble the kitchen cabinet doors to avoid people mistaking the doors for an entryway to another room. An opening above the door was needed for HVAC purposes, so Owens Yost had it covered in chicken wire to echo the rural theme of the house. A friend is even making a sign for the addition because there is so much chicken decor, declaring it The Coop.

The granite for the huge kitchen island came from Classic Granite and Marble in Champaign and has quartz in it that can be seen when lighted from below.

One of Owens Yost’s favorite features of the addition is the porch off of the living area, which proved to be an ideal spot for meals over the summer. “It’s just protected enough from the house that sticks out,” she said.

A patio is being built even with the steps.

An overhead shelf lighted by spotlights that are dimmable and directional displays Owens Yost’s photos in the living area. “I take a lot of pictures,” she said. “I can change them out.”

What appear to be barn beams in the living area are really simulations that Owens Yost and her friends created by distressing and carving initials like her own and PFF – Pinetree Friends Forever, a reference to their neighborhood — in new wood. The idea was Aull’s. “In the other house, the beams are real; that’s what holds the house up,” Owens Yost said.

When Kennedy saw them, he asked where she had gotten the barn beams. “That is a great testament to Steve,” she said.

Other wood in the addition like that on a sliding door separating the kitchen from her bedroom and behind her television in the living room is what Jim and she salvaged from the original 140-year-old barn.

What’s now her bedroom used to be the garage where Jim parked. “The garage door opener was on that beam,” Owens Yost said, gesturing to one above her bed. She used to park in what’s now her master bathroom.

“All of the furniture was stuff in the other house,” Owens Yost said. “I just brought over what I love and what fit. I didn’t realize how much I loved.”

She has given away some of her family heirloom furniture to her son who is moving in and to her 16-year-old granddaughter. “It’s really kind of nice that they appreciate it,” she said.

Owens Yost has what she calls a “walk-through” closet that has a door on one end that leads into the main part of the house.

“I like to think I’m French country,” she said. “We love France. We go every year. It’s artistic, kind of refined but yet relaxed.”

The Mahomet Area Youth Club always did a fundraiser in which one of the prizes was a trip for three couples with her as the tour guide. “We would show them different parts of France,” she said.

Owens Yost brought over four armoires in various woods from a French warehouse. When she received them, they were broken down into pieces and had to be sorted by wood and pieced together. “It’s like a puzzle,” she said. “Each of them were made by craftsmen.”

Inside the main house is an enormous set of windows where there used to be a huge barn door. The floors are made of bricks that were brought in on six pallets. “They’re very uniform and flat,” she said.

The house is passive solar, so the sun that streams in the windows heats the brick floor. “It gives off so many BTUs,” she explained. “Because there’s so many windows, it makes sense.”

There’s also a fireplace with baffles all through it, allowing for a longer, slower release of heat as opposed to sending it up the chimney. “You touch the bricks, and they’re warm,” she said.

The bedrooms are upstairs in what used to be the loft. The floors are made of bricks that were brought in on six pallets. “They’re very uniform and flat,” she said.

There’s an Army room that pays tribute to the military service of her late husband, her father and grandfather.

Along with a small hawk statue is a collection of hawk feathers that she has found. They have special meaning to her because right after her husband passed away, a huge hawk landed outside of her window and seemed to be speaking to her for quite some time, even returning. In her mind, it was as though her husband had returned to tell her everything he never had a chance to say. “He’s here,” she said.

The idea for the barn house came during a trip to Maine with Jim and her parents. In 19th century New England, connected farms – a big house, a little house with a kitchen, a carriage or wagon house and a livestock barn — were common. They visited one such structure that had been converted into a bed and breakfast with a restaurant. “Every wall was like ours – 35 feet high,” she said. From then on, Jim began looking for a barn to convert into a home for them, so they would often drive slowly through the countryside looking for just the right one.

When they finally found the one they wanted, they bought the owners a pole barn to suit their needs. They had the barn taken down, moved and put back up. The 1.5-acre lot where it sits was found by accident when she and her husband ran out of gas in front of what was then a garden and realized it would make a perfect spot for the home.

The addition has allowed Owens Yost to stay a part of neighborhood groups like her Well Red book club, cheekily named after their beverage of choice.

Owens Yost said some of her friends have been inspired by her addition to do something similar. “I just didn’t want to move,” she said, adding that she thinks people who find strength in comfort where they live should do the same. “If you can downsize and be near your family, why not? It just takes sitting down and thinking about it.”

And yet, she said, it’s close enough that her granddaughter can run over looking for a spatula.

She said the big houses in New England allow multiple generations to live together. “What a great idea,” she said. “I have my own life. I can come and go.” 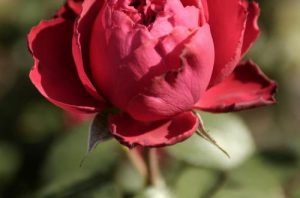