Be seen at the scene: Wine for Wishes

Over 120 guests enjoyed a selection of 18 wines to taste and purchase, as well as hors d’oeuvres.

Art Mart owners Brian and Courtney McKay wanted to give back to the organization since their son, Davis, was the recipient of a Make-A-Wish trip to Walt Disney World and Universal Studios Florida in January 2017. Davis was diagnosed with acute lymphoblastic leukemia at age 4 in 2013, and his parents, paternal grandparents and brothers went to Florida the year after he finished four years of chemotherapy.

Gretchen Pein was one of the volunteers helping out. Two of her stepchildren were Wish kids in 2011. Stepson Trenton Faullin, who had been diagnosed with leukoencephalopathy with calcifications and cysts, got to be coach for a day for the University of Illinois football team. “It was a great experience for them,” Pein said. “The whole family got to participate. For the boys, it was an experience they still talk about. We still look at the pictures.”

When Pein heard that Make-A-Wish needed volunteers, she stepped up to give back to help sick children. “They don’t get to do the things that ‘normal’ children do,” she said. “This was something they could do just for them.”

More than $6,000 was raised to support Make-A-Wish Illinois’ mission of helping to create life-changing wishes for children with critical illnesses.

Last year, Make-A-Wish Illinois granted 734 wishes. Since being founded locally in 1985, the chapter has granted more than 15,000 wishes and continues its mission to share the power of a wish with children across the state with help from volunteers and community members. Wishes are granted to children with life-threatening medical conditions in Illinois. A child does not necessarily have to have a terminal diagnosis to qualify. For information, visit Illinois.wish.org. 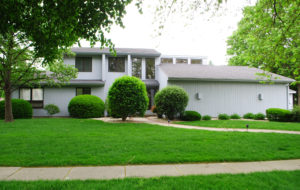 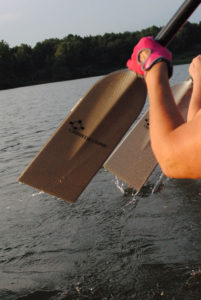 The Prairie Dragon Paddlers are a group of breast cancer survivor.