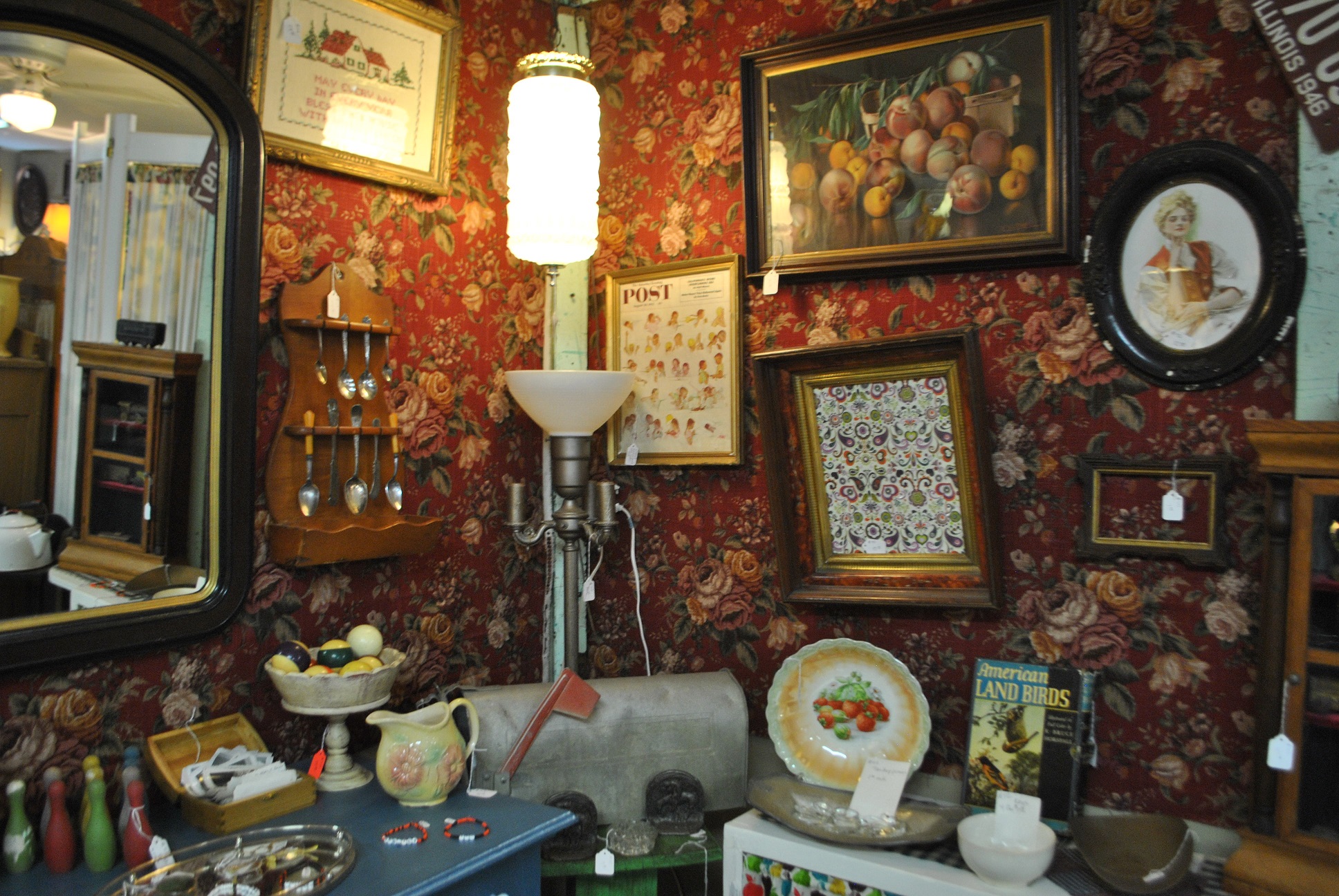 A whirlwind trip through the community ...

After a morning of sightseeing, pop into Charleston’s Windy City for some lunch. The 800-square-foot building seats just 10. Owner Jim Doppelhammer opened the business in 2016. Between the restaurant and his Double-Hammer Computer Services business, he works 13-hour days. “We’re a true mom-and-pop,” he says. “A lot of blood, sweat and tears goes into it when you’re the owner.” Windy City makes a deep-dish stuffed pizza with red sauce and a Chicago-style deep-dish pan pizza with cheese. One difference between the two is that it takes 20 to 25 minutes to make a pan pizza versus 30 to 45 minutes for a stuffed pizza. “No one in this area does pan pizza, not this thick or anywhere close to what mine is,” Doppelhammer says, adding that it’s made the same way it was 30 years ago. “We make pizza the old-fashioned way. I make a good thin crust, too.” The deep-dish pan pizza is popular with Eastern Illinois University students and faculty from Chicagoland. “It reminds them of what they had back home,” Doppelhammer says. He started in the business in 1977, working for a friend as weekend manager at Tony’s Pizzeria in Bellwood. “He taught me all his recipes and how to run his business,” Doppelheimer says. When the friend sold the business in 1980, he gave Doppelheimer his blessing to use his family recipes for everything on the menu. In 1981, Doppelheimer opened Pioneer Pizza in suburban Chicago Bloomingdale. Doppelheimer sold that business in 1987 and moved. Doppelheimer and his wife of 31 years, Ava, opened the first Windy City Pizza in Conway, Ark., in 1992. In 1996 they sold it to a new owner. The Doppelheimers then decided to open Windy City in Ava’s hometown of Charleston. “We missed our pizza so much we had to do it again and bring back all of our old recipes,” Jim says, adding that there have been some tweaks to the recipes. “One of my philosophies is the customer has to be put first,” Jim says. “Every customer is your most important customer.” A popular addition to the menu has been a low-carb, low-sugar cauliflower crust. “It’s amazing how many I have sold and how it’s taken off,” Jim says. Windy City, 1505 18th St., Charleston.

Fueled by pizza, head to Spence’s on Jackson on a quest for vintage clothing finds. Owner Linda Spence, who’s been in business for 45 years, moved into her current space two years ago from a larger building next door after receiving a cancer diagnosis. She started out helping friends find specific items at garage sales as a way to supplement her income when her kids, Marla and Mitch, were little. “That’s what I call myself – a treasure hunter,” Spence says. “I have made some of the best friends in the whole wide world doing this. I’ve got lots of stories. I’m like Sophia from ‘The Golden Girls.’ Everything doesn’t have a story, but a lot of it does.” Spence loves to combine unexpected elements like flannel shirts and pearls. “I’m a tomboy but I’m also a girly girly,” she explains. Almost every square inch of space in her store is filled with vintage clothing, leather jackets, purses, women’s hats, costume jewelry, scarves, wallets, men’s bolo ties, belt buckles and lighters. Her mannequins are whimsically festooned. “The crazier the better,” she says. “I never know what I’m going to do when I get going.” At 73 years young, Spence still loves to dress in the grunge look and likes to turn her music on “filthy loud” when she’s setting out her merchandise. She stays current on fashion trends by sitting outside on warm days and watching passersby. On the day we visited, Spence is helping 14-year-old Mitch Cox assemble an outfit for a 1980s-themed murder mystery he’s attending that night. She even has a sitting room in the store where she enjoys visiting with customers-turned-friends. “Connecting one-on-one; that’s what’s kept it going so long,” she says. Spence’s on Jackson, 720 Jackson Ave., Charleston

Take a break after all of that shopping and head to Mattoon’s Alamo Steak House & Saloon. The restaurant has a spacious main dining area, an elevated seating area and a small lower-level dining area, a bar and cocktail lounge. A private room is available for special occasions. General manager Alex Schmink says the rustic restaurant, built in the late 1970s, is getting an update for “a little more contemporary feel.” The building used to be home to a restaurant called Fat Alberts at which the servers dressed in various costumes. The owners changed the name to Alamo in 1992, and two years later the current owners, Ken Keating and Jim Severson, bought it. What’s the secret to the restaurant’s success? “Number one is just consistency – you’ve got to be able to do things the same way every time,” Schmink says. “We do have a pretty good quality. The lounge has always been a popular gathering spot for people in town.” Alamo’s steaks are hand-cut and charbroiled Black Angus beef, and the restaurant is known for an appetizer called bull bites – 6 ounces of marinated beef tenderloin chunks – that Alamo sometimes sells 50 orders of per night. “They (the steaks) all sell pretty good,” Schmink says. “My personal favorite is the Delmonico.” Kitchen manager Trapper Boeser, who has been at Alamo over six years, is a product of local restaurants, where he learned from others. “Consistency is the real key as far as pleasing people,” Boeser says. “People just want simple food and want it done right.” Alamo has daily specials, which Boeser changes every month. “They’ve given me a lot of freedom,” he says. TV and magazines inspire Boeser. If he has an idea about a dish, he researches it and then may do his own twist, like a smoky turkey pot pie. He also does seasonal menus; fall starred dishes like German-style macaroni and cheese and carrot cake. Some customers eat at Alamo as often as three nights a week or even nightly, so they appreciate the variety. “You offer good food, and people are going to come back,” Schmink says. In addition to steaks, Alamo’s menu includes seafood, pork, chicken, burgers and sandwiches, pasta, salad and soup. Alamo Steak House & Saloon, 700 E. Broadway Ave., Mattoon.

After dinner, head to Zax Trax, operated by father/son team Dan and Zachary Haifley, for go-cart racing fun. The duo opened the business in July, a few months after they started discussing the idea. “It wasn’t necessarily a passion,” Zach admits. “But I’ve got a gearhead and I like working on stuff. Basically lawnmowers is what they are; there’s not a lot to them. The next thing I knew, we’ve got a go-cart track.” Zach, 20, says the business is an alternative to underage drinking. “We wanted to provide something for the community to do,” he says. “We said, ‘Let’s have something that’s positive.’” The Haifleys thought there was a niche for go carts, since the closest tracks are in places like Terre Haute and St. Louis. The Haifleys would like to expand on their 8.25-acre property, eventually adding more tracks and maybe even a miniature golf course. “I want a family-friendly alternative to put Mattoon on the map,” Zach says. Some of the go-carts are double to allow younger children to ride along. All ages come to the track; Zach has even helped a great-grandmother in and out of a go-cart that she wanted to ride in with her great-granddaughter. “Everybody loves it,” he says. The track is available to rent for private parties. In addition to the main concrete, oval track where the gas-power go carts run, there is a dirt track with battery-powered riding toys for toddlers. Truly a family affair, Zach’s mom, Elizabeth, runs the Zax Trax social media. The business will be closed until warmer weather returns in the spring. Zax Trax, 1120 Old State Road, Mattoon. 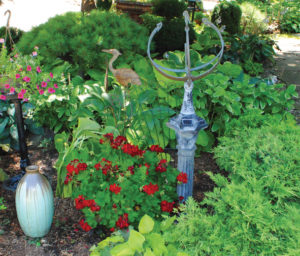