To make the perfect Craftsman-style house, an architect took two nearly identical A-frames that were blocks apart and joined them together in one light-filled home on Church Street.

To make the perfect Craftsman-style house, an architect took two nearly identical A-frames that were blocks apart and joined them together in one light-filled home on Church Street.

It’s a perfect blend of time’s passing, enriched by the architect’s reuse of materials such as Champaign street bricks and tiles from the old Robeson’s Tea Room.

The Frederick Squires House, at 1003 W. Church St., is on the National Register of Historic Places.

Roger and Andrea Shields have owned the house 38 years, longer than any other owners, including architect Squires himself, and a family named King.

They bought the house over the phone from composer Ben Johnston, through whom Shields had met famous avant-garde musician John Cage at a party in the house.

It was Squires, who was trained in New York, who fell in love with the A-frame on Church and wanted to pair it with a mirror of the house, also built shortly after the Civil War, in the late 1860s or 1870s.

In 1927, Squires moved a similar gable-front house on the east side and joined them with a two-story wing.

“Squires was a structural architect who wanted houses that were nearly identical,” Andrea said, A-frames with necessarily small second floors.

Roger Shields believes the other house was moved from Green and Prospect.

There are a dozen rooms — the couple had to do a mental count together — in the house; reflecting the practice of the time, just one full bath and one half bath. A house of similar size today might have half a dozen.

The lot is also double, and Andrea, an artist, has carefully landscaped it. The lavender she grows makes 1003 contend for the best-smelling house in town.

The twinned house is architecturally significant, former PACA executive director Karen Kummer wrote in her petition for the National Register of Historic Places, because of its use “of natural and local materials including wood shingles and used brick; a variety of window types; an open floor plan; and outside living space.”

Squires “remodeled the enlarged irregular plan dwelling into his personal expression of an Arts and Crafts-influenced residence that retains the integrity of his own design,” Kummer added.

Integral is its openness.

“You can see the entire length of the house,” Roger said.

The Shields have fixed the foundation and a few other things, but retained old touches like cast-iron radiators for heat.

They replastered the walls — no drywall for them. The floors are original but look like new, in a variety of woods commonly used between the 1860s and 1927. The dining room ceiling has been dropped a foot.

“Wood is a huge part of the house, from the floors to the beams,” Andrea said.

The house was empty when the Shields moved in.

Almost anything a visitor can see is antique, including a corner cabinet in the kitchen dated 1826, which they brought because it bore the same initials as Roger’s father.

Roger Shields, a well-known musician originally from Arcola, drums out a Bach prelude on a wooden table as he talks about the home he loves.

They have added a solarium where there had been a small porch, and found other ways to bring the light of their large back yard in to the open design.

The house is welcoming — quite literally.

“All the Squires and King children have come by to revisit their childhood home,” Roger said.

The house is also a labor of love for the Shields.

Andrea Shields loves her home of 38 years, and she tells why:

All the old wood in the walls, floors and elsewhere.

The two fireplaces, which we use.

Two large attics on either side of the house on the second floor that have little windows, with the upstairs rooms having little Alice in Wonderland cubby hole doors to storage areas in various places.

The light from the windows that comes in from the south.

The big yard in back and pine trees in front. I love all the trees. They block the wind and give me a feeling of living very close to nature. We also have an amazing number of animals living in the yard. Of course, it may help that I feed them every night!

The kitchen, which being at the east end of the house can be totally closed off from the rest of the house when the door is shut.

A University of Illinois graduate, Paul Wood has worked for News-Gazette Media for nearly 37 years. He loves to write about history and old houses. 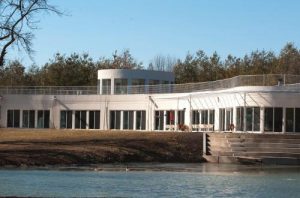 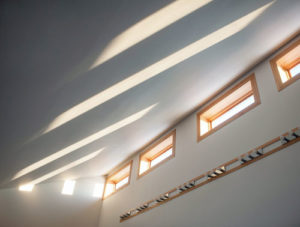